Let the bias begin…
CNN starts us off. 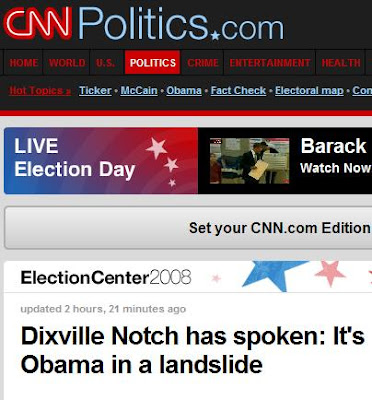 The media’s been doing this for years. Don’t expect it to stop now.
So just how biased was the media this year?
This biased:

Sheen, of Lincoln, Nebraska, says his vote is coming down to one issue: abortion. Sheen says he’s “definitely pro-life” and he’s trying to decide whether Democrat Barack Obama or Republican John McCain is more in line with his views.

Obama, of course, is the “most committed” abortion-rights candidate from a major party in 35 years.

The Campaign Spot has more on leaked exit polling.
And, Weekly Standard Blog explains why exit polling cannot be trusted.

Obama, Ayers and Farrakhan already have shown up to vote at Shoesmith Elementary School this morning to vote.

Jules Crittenden has the inside track: A vote for McCain-Palin is a vote to send Alec Baldwin to France again. 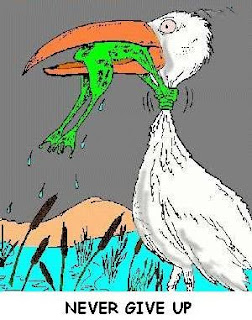