The lemming phenomenon is played out within several mammalian species. 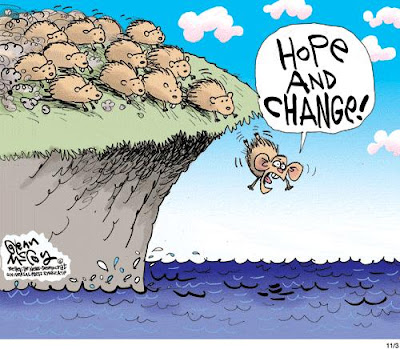 Lemmings are in trouble.
BBC reported:

Climate change is bringing wetter winters to southern Norway, a bleak prospect for the region’s lemmings.

Scientists found that numbers of the animals no longer vary over a regular cycle, as they did until a decade ago; there are no more bumper years.

The snow is not stable enough, they think, to provide winter shelter.

Writing in the journal Nature, the researchers suggest the lack of Norwegian lemmings is affecting other animals such as foxes and owls.

In boom years, lemmings are the most plentiful and important prey for these carnivores.