UPDATE: Up to SEVEN of the terrorists were Brits and may have come from Leeds and Bradford where London’s July 7 bombers lived –Daily Mail.
Another of the detainees is reported to be a Mauritian national and at least one of the dead terrorists was a Pakistani national.
160 are dead.

Mumbai officials say more than 150 people in total have now died in the attacks. Another 370 were wounded. 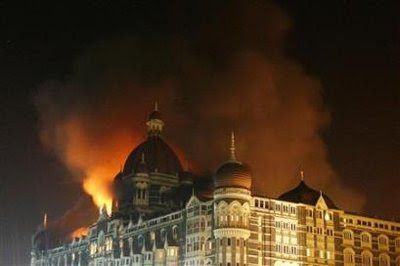 Two British men were among the 8 captured terrorists in Mumbai.
The Telegraph reported:

The Foreign Office earlier said it was investigating reports on NDTV, a local television news channel, that the terrorists – who swarmed luxury hotels and other tourist sites in the city – included “British citizens of Pakistani origin”.

The development came as Gordon Brown called for international co-ordination to combat terrorism in the wake of the attacks. He said: “We have got to look at how international action against terrorism can be improved.”

On the claim that Britons could have been among the perpetrators, he said: “I would not want to be drawn into early conclusions about this.

Barcepundit has a roundup of the latest developments from Mumbai.

Best-selling Pakistani author Ahmed Rashid says the devastating terrorist attacks that struck the Indian city of Mumbai bear all the hallmarks of an Al-Qaeda- Video Here. 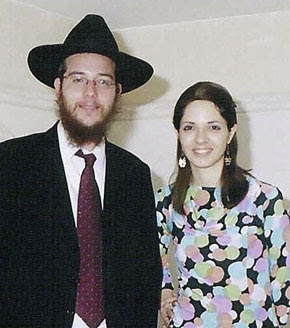 Rabbi Gavriel Noach Holtzberg and his wife, Rivka, were killed in Mumbai terror attacks. (NY Post)
UPDATE: The bodies of five hostages have been found at a Jewish center in Mumbai, according to reports. 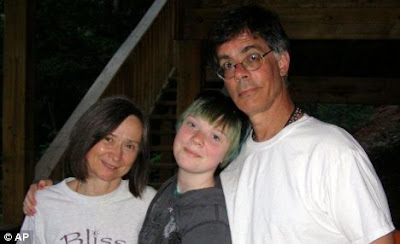 US citizen Alan Scherr and daughter Naomi, pictured with his wife Kia, were killed in Mumbai’s Oberoi hotel. They were in India with religious group Synchronicity Foundation, which was hosting a meditation program at the hotel. (Daily Mail)

UPDATE: Devastating news… There were no survivors at the Nariman House Jewish Center in Mumbai after the building was cleared of radical Islamic terrorists.

Bill Roggio at The Long War Journal explains how the Mumbai attacks differ from other terror attacks.

UPDATE: The terrorists were not British. It looks like they were Pakistani.