A gay rights protester holds a sign outside the Mormon Cathedral in Westwood on Thursday. 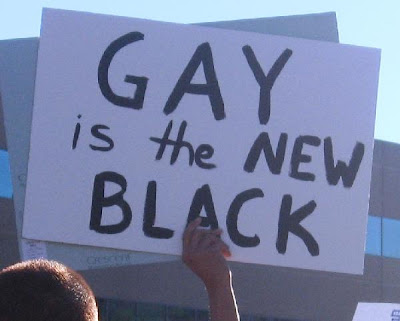 Exit polling of California voters showed that black voters favored the measure by a ratio of more than 2 to 1. Not only was the black vote weighted heavily in favor of Proposition 8, but black turnout — spurred by Barack Obama’s historic campaign for president — was unusually large, with African Americans making up roughly 10% of the state electorate.

Although, this gay rights protester makes a good point: 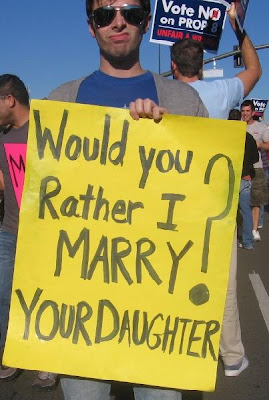 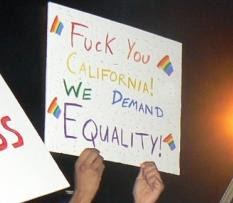