Bummer. It’s too bad he was lying…
Who wouldn’t want to see Ayers waterboarded? 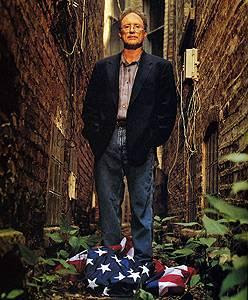 He’s talking now… Bill Ayers told journalists that “he is the real victim” of terrorism in his latest interview after the election.
Ayers also lied to the journalists (or was spoofed) about the the threats against him…
But, they published his ridiculous lie anyway.
The Star reported:

On the campaign trail, McCain immediately got on message. I became a prop, a cartoon character created to be pummelled.

When Alaska Governor Sarah Palin got hold of it, the attack went viral. At a now-famous Oct. 4 rally, she said Obama was “pallin’ around with terrorists.” (I pictured us sharing a milkshake with two straws.)

The crowd began chanting, “Kill him! Kill him!” It was downhill from there.

My voicemail filled up with hate messages. They were mostly from men, all venting and breathing heavily. A few threats: “Watch out!” and “You deserve to be shot.” And I got some emails like this one from [email protected]: “I’m coming to get you and when I do, I’ll waterboard you.”

Of course, there is no [email protected].
Bill Ayers was lying.