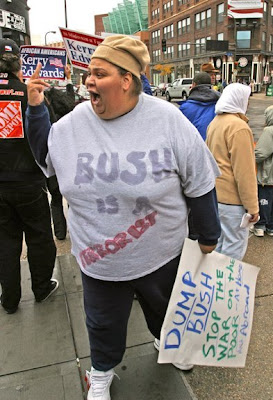 When socialists, like those who supported Obama, called Bush a terrorist, the Left said nothing. 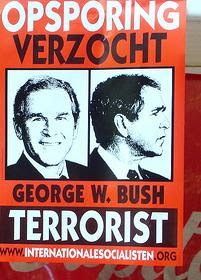 But, when a few GOP supporters called Obama a terrorist when asked the Left goes nuts.

The nutroots are outraged… OUTRAGED!… That there are McCain-Palin supporters who do not bow and worship at the altar of Obama.
Instead, a few of these heathens even say that Barack Obama is a terrorist!
The sacrilege!
—Look for this hard-hitting piece of leftist propaganda on the news tonight, no doubt.

Maybe if Barack Obama was more honest about his terrorist ties, his close Pro-Palestinian associates, his radical anti-AmeriKKKan pastor or his Marxist support in the ’90’s AmeriKKKans wouldn’t have this problem. 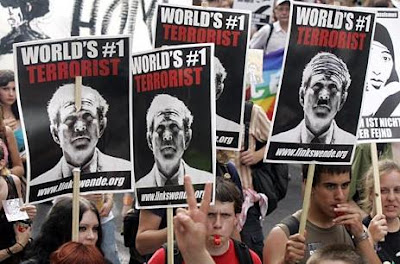 Here’s a clue: When the conservatives start printing “Obama is a terrorist” on signs and handing them out at rallies be concerned.
Until then, give it a rest. 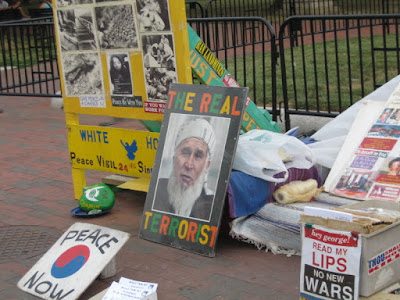