At least 10,600 tickets were given away to supporters of Governor Sarah Palin this week for the rally in St. Louis. 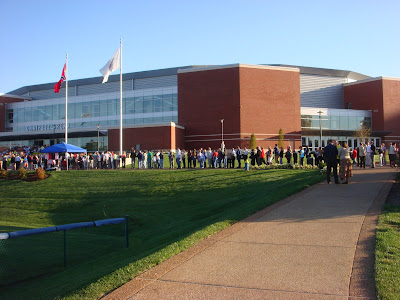 The rally is being held at the Chaifetz Arena on the SLU campus tonight. The McCain-Palin Camp invited the media down to the arena on Wednesday, October 1st, to check things out prior to Thursday’s Debate Watching Party/Rally. The Chaifetz Arena just opened in April and will be the home for St. Louis University basketball games.
But, tonight it’s all about Sarah Palin.

All eyes are on Sarah Palin tonight.
Here’s the latest pro-Sarah Palin ad by Our Country Deserves Better:

Sarah Palin is definitely not your ordinary politician. 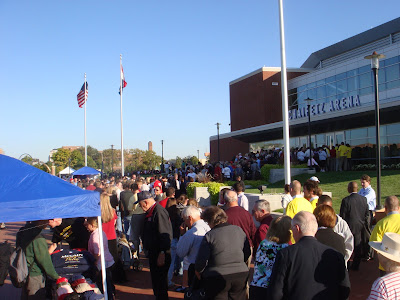 Governor Palin landed at Lambert-St. Louis International Airport today around 1:30 PM. She will be debating Joe Biden across town at Washington University tonight at 8 PM Central. 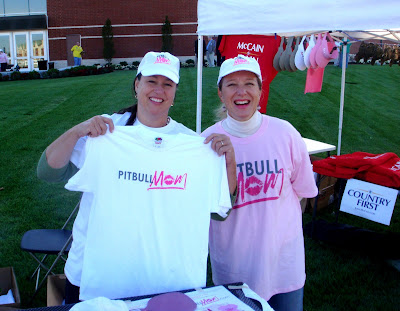 The Lipstick on a Pit Bull T-shirts are selling well. This organization gives part of its income to Special Olympics and the Red Cross. 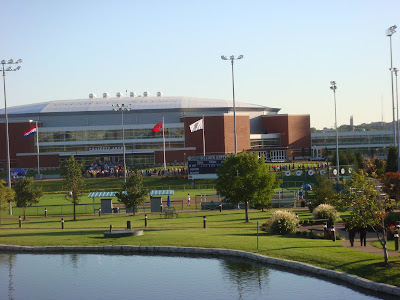 At 5 PM there were already lines of supporters entering the arena.