Sarah Palin: "Just Once It Would Be Nice If Barack Obama Said He Wanted Us to Win"

Woo-Hoo! Saracuda is on a roll today! 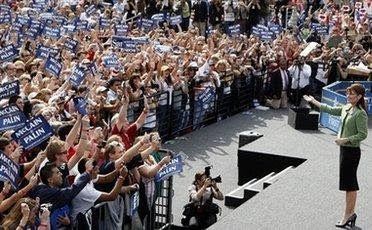 Ace of Spades is liveblogging the rally. Palin is hammering Obama!
Here’s a great line– Palin:

Just once it would be nice if he said he wanted our country to win!

She also nailed him again for palling around with terrorists!
Go Sarah!
Maybe there is hope for America, yet!