The McCain-Palin Camp invited the media down to the Chaifetz Arena on Wednesday, October 1st, to check out the site for Thursday’s Debate Watching Party/Rally. The Chaifetz Arena just opened this past month and will be the home for St. Louis University basketball games. But, tomorrow it’s open for Palin supporters.

Tina Hervey from the Missouri GOP talked about the rally that will be held during the VP debate across town on Thursday:

This is a great little video– The hot dancers practicing for the Palin rally are from St. Louis University.
(Warning: The musice may be a little loud.)
You can view it here if it does not show up on this page.
There are still tickets available at MOGOP.org but they are going fast.

Here are a few shots from this afternoon: 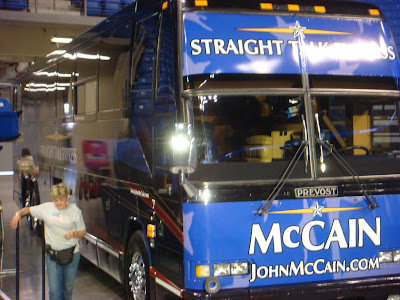 The Straight Talk Express already pulled into the arena. 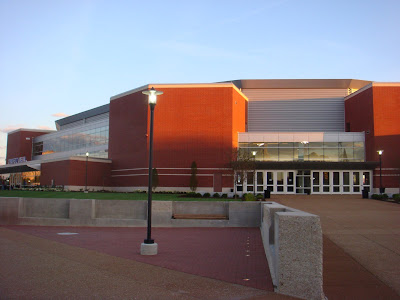 Here’s the outside of the new Chaifetz Arena on St. Louis University campus. 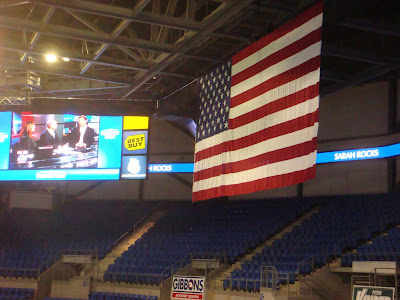 The debate will be shown on big screens in the arena. Sarah Palin is expected to make a showing here at the arena after the debate.
We’ll be blowing the lid off this joint tomorrow.
God bless Sarah Palin.