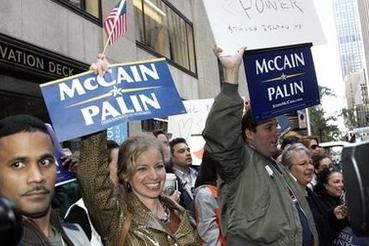 I’ve never sat and watched a whole segment of Tina Fey impersonating America’s most popular governor, Sarah Palin. From I did see it looked like just another conservative bashing thinly disguised as comedy.

Tonight Sarah Palin went on Saturday Night Live and faced a few of her critics head on. She didn’t have much time to prepare and she didn’t have her lines as of yesterday.
The ratings were probably huge.

I hope the secret service agents weren’t too far away when they stuck her next to Alec Baldwin.
Governor Palin looked lovely- She’s much better looking than her impersonator.
Of course, they joked about how much the liberals hate her. She was a great sport to stand there and listen to it.

UPDATE: Governor Palin gave SNL their most viewers since 1994.