IT WAS AN EXCITING AFTER PARTY!
The massive crowd at the Chaifetz Arena greeted Sarah Palin like a Super Bowl Champion!
I was sitting in the grouchy press section for the rally (see photo below) which wasn’t so fun so I went over to where my brother and his family and friends were standing down by the stage. I hadn’t been over there for more than 5 minutes when Sarah Palin came over and shook hands and said hello: 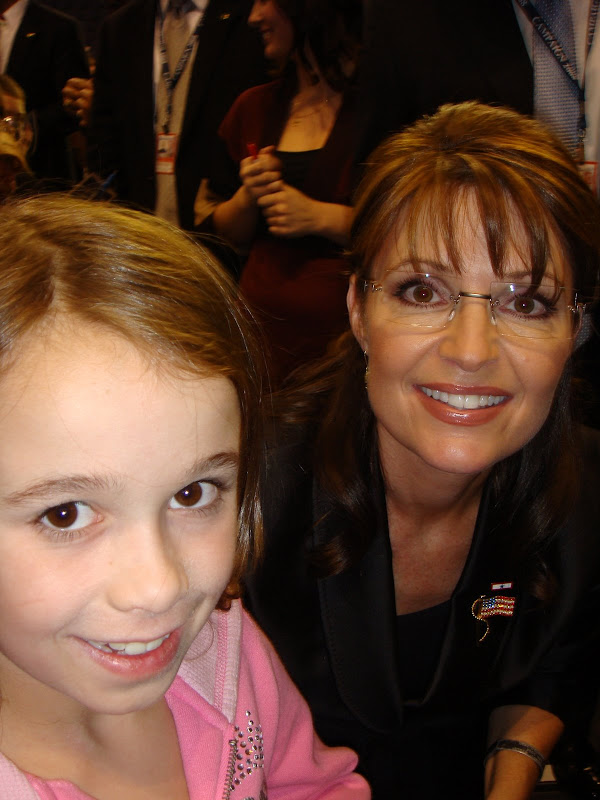 This is Emma. She’s 8. Her mother Vanessa and father Kevin are my brother’s friends.
Vanessa took this. I was standing right by her but was busy shaking the “First Dude’s” hand! 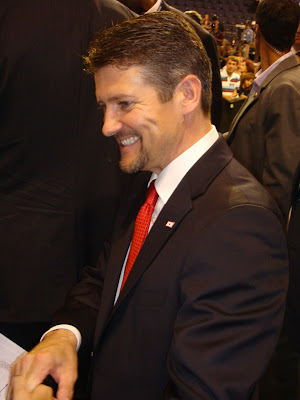 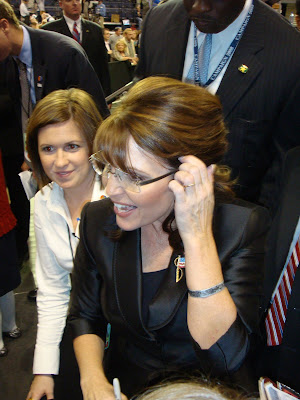 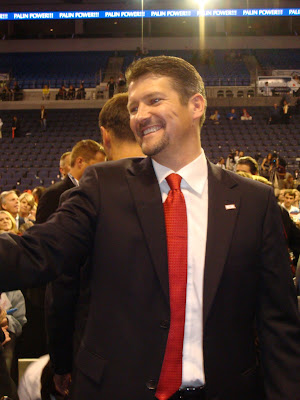 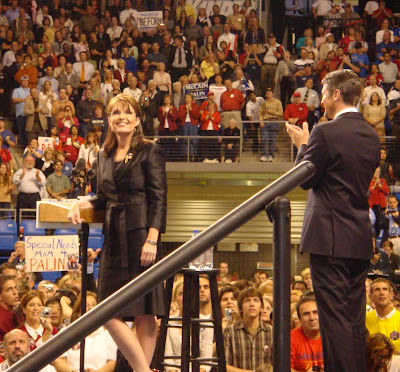 (Vanessa Photo)
The crowd was loving it. 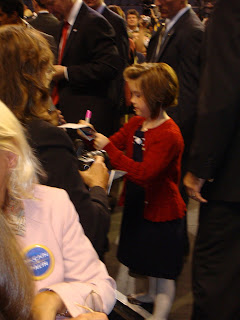 Piper Palin also has a growing fan base. (Vanessa Photo)

This is a view from the Palin rally. 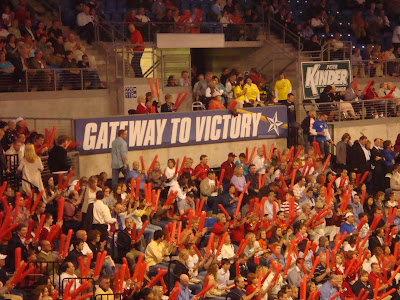 (Vanessa Photo)
There were 10,000 people there and they were FIRED UP!
Clearly there was a BIG winner in this debate.
The liberal media may disagree but there was not doubt to the people in the Chaifetz Arena! 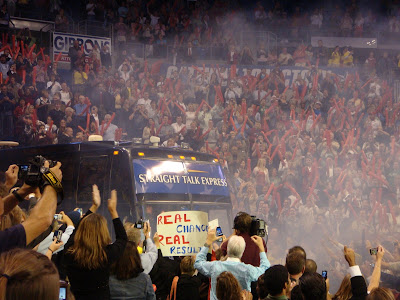 (Vanessa photo)
The crowd at the Chaifetz Arena ROARED when the Palin Family came riding in through the door on the “Straight Talk Express”. 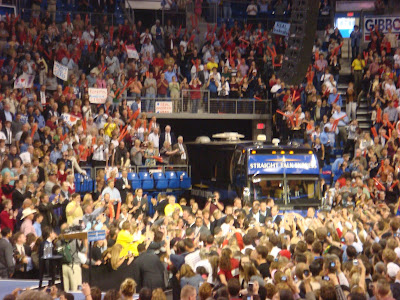 It was NOT the sound of a crowd meeting a second place team!

Here’s the video of Sarah Palin riding the Straight Talk Express into the Chaifetz Center: 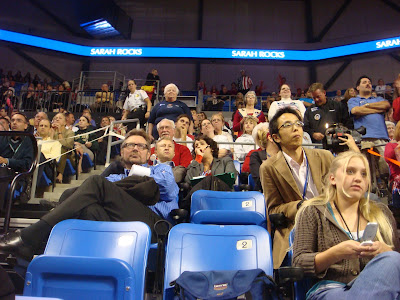 The media looked like they wanted to cry. Stunned silence. Disappointed. 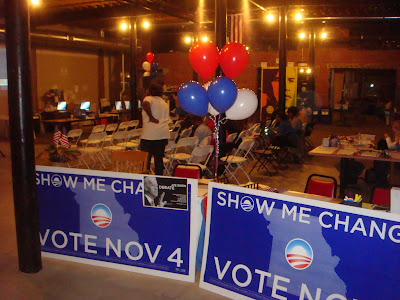 The Obama Campaign headquarters near campus was dead.
There was no celebrating going on there. Not tonight.

Oh, by the way… The Democrats held their own rally at The Pageant. It holds a few hundred people.
And, they didn’t announce that they were going to have a party until yesterday.
That’s the word on the street. 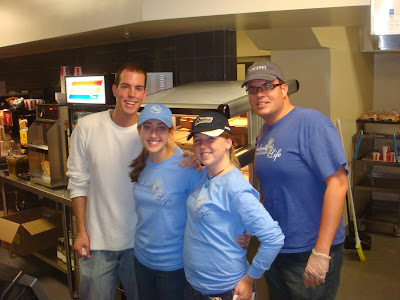 The Students For Life at St. Louis University helped out at the concession stands at the Chaifetz.

* * * * *
This was from earlier liveblogging…
This is an open thread– mostly.
Barack Obama warned about the Fannie Mae crisis??

Great Line… Palin: “I may not answer the questions the way that the moderator or the Senator may want me to but I will speak to America.”

More on that Here.

My God. Joe Biden will say anything.
Nice. Biden sneaks in the Bridge to Nowhere line which got laughs from the libs in the room. So what was the joke?

Palin nailed Biden and Obama on their non-energy plans.
They both support cap and trade plans.

Nice to hear Palin say that global climate change was not all man made.
Biden thinks Global Climate Change is man made. We know the cause.
We are at fault. We have 3% of the oil reserves and use 25% of world’s oil.
McCain thinks drilling is the only answer.

Biden wants same sex couples to have benefits. Says he and Obama will not support gay marriage.
Palin’s answer is terrific!

s Obama is being misrepresented with his comments on Ahmadinejad. Lie.
Biden says Ahmadinejad is not the leader of Iran.
He’s right.
This guy is. 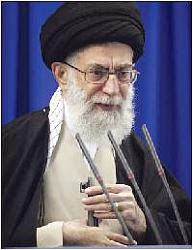 Khamenei with his Kalashnikov (Or, Persian Mauser- Thanks) at Friday prayers.
Sit with him, Obama.

Biden says the commanding general in Afghanistan said, “The surge principles in Iraq will not work in Afghanistan.”
Someone please fact check that.

Hah! The cut-and-runner now talks tough about waging war.
Yeah. I really want to follow a cut-n-runner into battle.

Biden is ranting about the Bush doctrine.
Figures. Big dem against democracy.