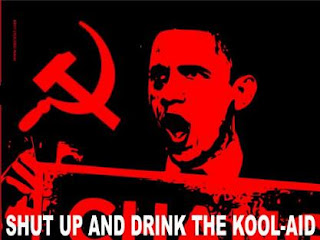 Did you get that?
The Obama Camp responded today to this Damning 2001 audio of Obama reciting Marxist jibberish:

“In this interview back in 2001, Obama was talking about the civil rights movement – and the kind of work that has to be done on the ground to make sure that everyone can live out the promise of equality,” Obama campaign spokesman Bill Burton says. “Make no mistake, this has nothing to do with Obama’s economic plan or his plan to give the middle class a tax cut. It’s just another distraction from an increasingly desperate McCain campaign.”

Good God!
Everything is either answered with “It’s a distraction” or “You’re a racist!”
Is this really the hope and change we’ve been waiting for?

Bill Whittle has more on the damning tape.