Can we call them socialists now?
Or, is that still considered a racist term?
The election is not even over and the Obama supporters in Minnesota already have a red star on their flag for Dear Leader: 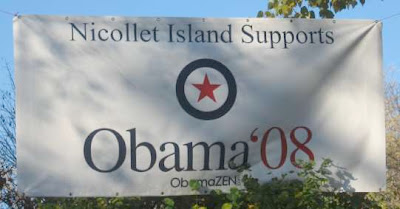 Maybe Joe the Plumber was right about Obama.
No wonder the Obama media and Ohio democratic officials hate him.