Surprise! The governor and her oil drilling, snow machine riding husband gave more to charity in the last two years than the 35 year Democratic senator from Delaware.
The Hill reported:

Alaska Gov. Sarah Palin made considerably less money than rival Sen. Joe Biden, but the Palin family gave more to charity in the last two years than Biden has in the last eight combined, according to Palin’s tax records released Friday afternoon.

Palin, the running mate of presidential candidate Sen. John McCain (R-Ariz.), and her husband Todd reported meager earnings from 2006 and 2007, at least by presidential-politics standards.

By contrast, Biden (D-Del.), Democratic presidential candidate Barack Obama’s running mate, has donated a total of $3,690 since 1998 despite his higher Senate salary, according to an analysis posted by National Review. 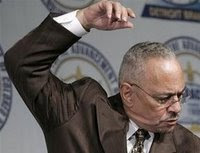 The Obamas did not do much better.
ABC6 reported:

Most of their donations in 2006 went to Obama’s anti-AmeriKKKan church.