Sadly, you won’t see this in the nightly news here in the US.

Cleaning up of Jewish cemetery in Basra
By Abed Battat
Azzaman, September 28, 2008

Municipal authorities in the southern city of Basra have mounted a campaign to clean up the Jewish cemetery there. The cemetery is seen as one of Basra’s ‘cultural landmarks’ and the authorities want to keep it clean and tidy, said Ahmad al-Yasseri who heads the cleaning-up campaign.

There are no Jews left in the city which used to house a sizeable Jewish community of tens of thousands before the creation of Israel in 1948. They were the finest goldsmiths and the most adventurous traders of Basra, known as the Venice of the Middle East. The lived in one of the city’s smartest (English use means nicest) quarters with spacious villas adorned with palm trees and oranges.

Yasseri said in the tumultuous post-Saddam period, 62 houses were built on the cemetery grounds illegally. “This cemetery is one of the cultural landmarks of Basra and we are determined to remove the illegal dwellings,” he said.

In July 2007 Iraq announced that it would renovate the ancient synagogue holding the prophet Nahum’s tomb. 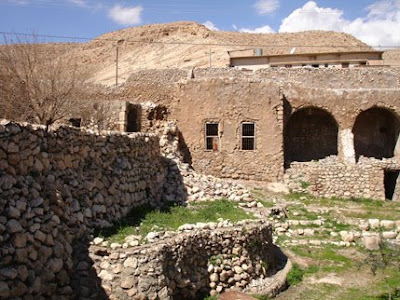 From 1930 onwards, the Jews throughout Iraq were subjected to increasingly oppressive laws, and in 1948 the last of the Jewish population left Al Qush, the rabbi handing the keys of the synagogue to the next-door neighbour of the synagogue. Al Qush now almost exclusively comprises Chaldean Christians. The Jewish Quarter of Al Qush, including the synagogue, is in a poor state of repair. The remains of this quarter are, in parts, more than two thousand years old. In the centre of the synagogue – on the edge of the quarter – is a simple plaster tomb topped by a green silken coverlet. This tomb is purportedly the tomb of Nahum himself. (Tomb of Nahum)

In related news… There were only 6 combat related deaths of US soldiers in Iraq in September.
This was the lowest number since the war began in 2003.