The majority among the Russian community in the United States are going to vote for Republican John McCain at the U.S. presidential election- according to the Russian Interfax New Agency. 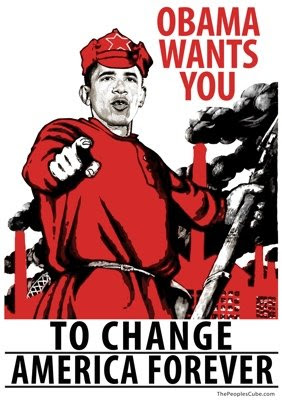 They know a thing or two about socialism.

More… Marinka Peschmann at Canada Free Press has more on Obama’s commitment to a socialist society.

I became a Russian linguist in the US Navy during the Reagan years. Our language teachers at the Defense Language Institute were mostly defectors from the former USSR. I recall one teacher, a woman, who refused to wear any piece of clothing with the color red in it because it reminded her of the Soviets. She is probably beside herself with stunned disbelief and anger today, seeing all this evidence of Marxist influence upon the leadership of America’s oldest political party.