Author and pundit Dick Morris responded today to the comments made by Jesse Jackson that Jews would lose their power under an Obama presidency.
Morris said that that anyone who cares about the future of Israel will not vote for Barack Obama:

Former Clinton advisor Dick Morris was responding to the comments made yesterday by Jesse Jackson that American Jews would lose their clout under a Barack Obama Administration:

“It is very clear that anyone who is concerned about the future of Israel and ranks that as a priority in their thinking needs to be voting for McCain. Obama will not sanction aggressive work against Iran. Obama will not permit Israel to overfly American territory to strike Iran. McCain will. And, whether Iran develops a bomb or not in large part may be determined by this year’s presidential race.”

Many of Barack Obama’s radical associates are also Jew haters.
Here are a few: 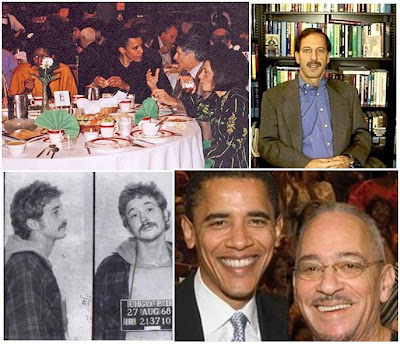 Jim Hoft
Jim Hoft is the founder and editor of The Gateway Pundit, one of the top conservative news outlets in America. Jim was awarded the Reed Irvine Accuracy in Media Award in 2013 and is the proud recipient of the Breitbart Award for Excellence in Online Journalism from the Americans for Prosperity Foundation in May 2016.
Because Open Borders Are Not Enough: Joe Biden Is Now Flying Family Members of Fake Refugees into the County Who Are Not Even Approved to Be Here -- All on the US Taxpayer's Dime
Raffensperger's Own Team Was Saying "Bad, Bad Things" Were Happening in Fulton County Elections -- He Ignored Them and Attacked Trump Instead (VIDEO)
WTH? Joe Biden Tells Swiss Audience "We Yield Our Rights to a Government" - Huh?
MAJOR SCANDAL BREWING: 'Just the News' Investigation Finds More than 100 Batches of Absentee Ballots in Fulton County Could Be Missing
Steve Bannon to Brad Raffensperger: "Stop Whining, and Lawyer Up! And While You're at It, Get a Criminal Lawyer" (Video)
See more...