The plumber warned us. 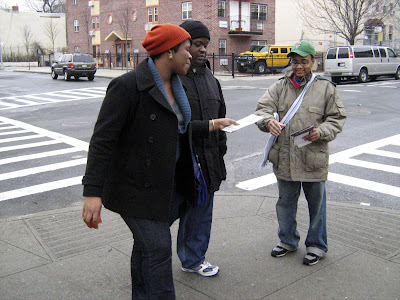 The communists of America believe their time has come.
They are very excited about the current economic crisis and an Obama presidency.
The AFP reported:

A rare bird in the political world, the US Communist Party is feeling rather smug in these days of capitalist turmoil.

“We are very excited, we feel that we are at a turning point,” Della Piana, an imposing half-Italian, half-African American with a pony tail, told AFP.

“We can afford to be less on the defensive for the first time since Ronald Reagan, and we can say our word in rebuilding America on a new basis, rebuilding a better world, instead of one based on the greed of the few.”

The US Communist Party was founded in 1919 and never really took off. It was ostracized during the Cold War and members faced discrimination, even firing from their work, during the anti-Communist drive of the 1950s.

…Communist youth coordinator Erica Smiley, 28, said “the major issues for the young are: peace, jobs, health care, education, and we provide them with answers.”

Whether the communists will be able to deliver remains open to question.

There is no communist running for the White House and the Communist Party does not endorse Democrat Barack Obama.

Yet many staff here wore his picture on lapel buttons.

…Of course they do.

The photo above was taken from a previous article in February.
The AFP did not mention that Erica Smiley campaigned for Obama.

The communists are working very hard for comrade Obama this year.