Unrepentant terrorist is a hit in New York. 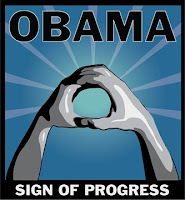 Bill Ayers escaped the FOX news camera crews long enough for him to go speak on “educational justice“ at the Stella Adler Studio in New York City this weekend.
The audience of Obama supporters was very excited to hear what this great teacher had to share.
The Daily News reported:

The man the GOP loves to hate tiptoed out of hiding Sunday – if only to blast Fox News and the rest of the media for his predicament.

William Ayers, the ’60s radical who is one of John McCain’s talking points in his criticism of Barack Obama, told a Manhattan panel discussion audience he was tired of being used as cannon fodder in America’s political wars.

“[Fox host] Bill O’Reilly comes on his show and first thing he says is, ‘Why won’t this Ayers story die?'” Ayers told well-wishers. “And then he spends 10 minutes talking about it.”

Ayers, a University of Illinois education professor in Chicago, has mostly kept a low profile since McCain started using him as a poster boy for Obama’s supposed left-wing leanings.

I guess hanging around with domestic terrorists and toasting former PLO operatives does not quite make you left-wing these days.

Jammie Wearing Fool has more on his escape from the studio.