Are you really surprised?
Big Obama Lib snoops into Joe’s background for dirt. 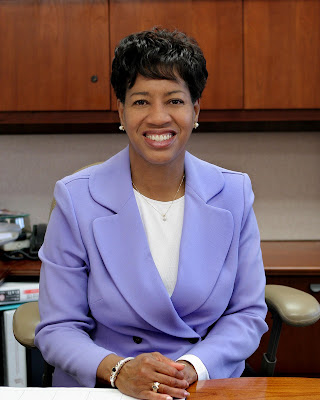 Helen Jones-Kelley, a maximum Barack Obama donor, approved illegal checks into Joe the Plumber’s records after he confronted Obama.
She denies any wrongdoing.

The director of the Ohio Department of Job and Family Services approved checking into state records on Joe the Plumber after the final presidential debate.
The Columbus Dispatch reported:

Ohio’s inspector general is investigating why a state agency director approved checking the state child-support computer system for information on “Joe the Plumber.”

Helen Jones-Kelly, director of the Ohio Department of Job and Family Services, confirmed today that she OK’d the check on Samuel Joseph Wurzelbacher following the Oct. 15 presidential debate.

She said there were no political reasons for the check on the sudden presidential campaign fixture though the Support Enforcement Tracking System.

HotAir has more on the criminal action.

UPDATE: A Toledo Clerk was charged with performing an unlawful search of Joe The Plumber’s records.

Jim Hoft
Jim Hoft is the founder and editor of The Gateway Pundit, one of the top conservative news outlets in America. Jim was awarded the Reed Irvine Accuracy in Media Award in 2013 and is the proud recipient of the Breitbart Award for Excellence in Online Journalism from the Americans for Prosperity Foundation in May 2016.
TRUMP WAS RIGHT: Hunter Biden's First Drug Bust Among Several Incidents was at 18 and Just Last Week He Was Linked to a Russian Human Trafficking Ring
Thank You to Our Readers, Commenters and Supporters - September was Another Record Month at The Gateway Pundit
Leftist Former CEO of Twitter Dick Costolo Wants to Watch His Political Opponents Get Lined Up Against a Wall and Shot in the "Revolution"
Black Chairman of Proud Boys Speaks Out after Liars Joe Biden and Chris Wallace Call Them White Supremacists
YIKES! More Bad News for Joe Biden: Google Searches for Hunter Biden Up Ten-Fold Since Last Week
See more...