The Bad News on an Obama loss…
“It Will Spark the Second American Civil War. Blood Will Run in the Streets.”

The Good News on an Obama loss…
Democrats were cut and runners back during the Civil War, too. 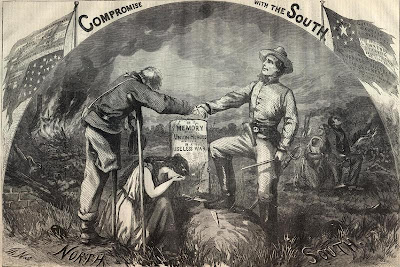 Today’s democrats are much like the copperheads of 1864 who wanted to cut and run then, too. This Thomas Nast illustration exposed the hypocrisy of the 1864 Democratic Platform. While totally undermining the Union Army, and what it was trying to do, the Chicago Platform went on to allege its support of the individual soldiers and their families. (Son of the South)

It won’t be a long fight.
But, if something does happen, the Republicans ought to be ready.