This is how the angry Left greeted Sarah Palin in Philadelphia this weekend…
Including “lots of Obama supporters”: 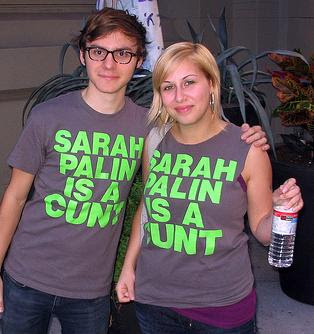 Via philly protests palin at Flickr: Sarah Palin, the Killa from Wasilla herself, showed up in Philly. ACT-UP/Philadelphia, UPenn SDS and lots of Obama supporters were there to greet her. 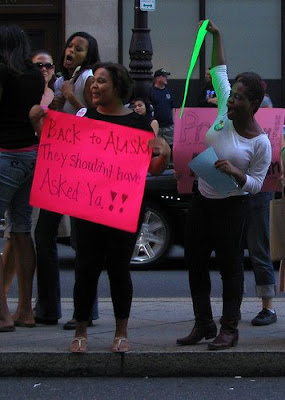 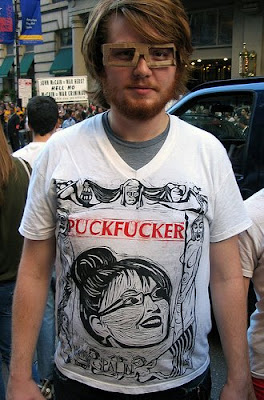 Puckf*cker.
Now who has the sick, deranged angry supporters?
Don’t look for the Obamedia to carry this.
Jim Treacher has more. 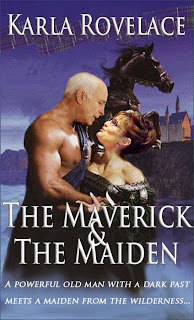 Gee, mainstream media… Ya think you could write something about the awful sexist attacks against Sarah Palin sometime?