OBAMA LIED ABOUT HIS RELATIONSHIP WITH TERRORIST BILL AYERS
He wasn’t just some “guy who lived in the neighborhood” in Chicago.
They worked on the same floor of the same office building for several years.

And, it was a little building: 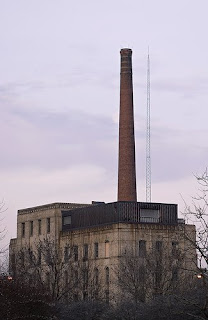 Here’s a photo of the building at 115 South Sangamon in Chicago Illinois where they worked together.

Barack Obama told George Stephanopoulos during the ABC democratic primary debate in April that “Bill Ayers” was just “a guy who lives in my neighborhood.”

But, yesterday it was revealed that Barack Obama and Bill Ayers actually shared the same office building– on the same floor- for several years!

Moaist Mike Klonsky worked at 115 South Sangamon in Chicago on the University of Illinois Chicago Campus: 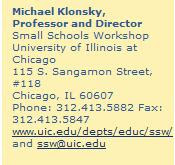 Terrorist Bill Ayers ran the Small Schools Workshop, the one Obama directed over $1 million to which is located at 115 S. Sangamon Street in Chicago.

Barack Obama ran the Annenberg Challenge at 115 Sangamon in Chicago for several years: 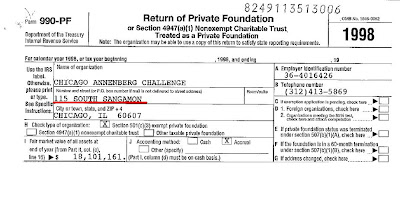 The three shared offices on the same floor of the building. 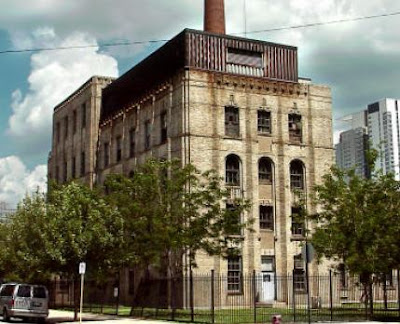 Illinois Charitable Eye and Ear Infirmary Building has been a fixture in Chicago since 1929. The complex of buildings at 115 South Sangamon was put on a demolition hold list by a group hoping to preserve this historic landmark.

Here’s another image of the facility.

A Preservation Chicago graphic shows the present building and full site acquired by the State of Illinois. Computerized imaging has converted the current parking lot into park space, with the existing building visible in the upper-left corner. The easternmost façade is also simulated, as today this is the back of the building. The City of Chicago put the 1, 2 and 5-story brick institutional building on its demolition hold list.

There appeared to be some confusion about the building. There were suggestions that the buildings were demolished for a parking lot.

However, the City of Chicago website shows that the buildings at 115 South Sangamon are still standing and their demolition was put on hold as of September, 2008.