As top Barack Obama bundler Jodie Evans and CAIR leader Nihad Awad were meeting with Mahmoud Ahmadinejad in New York this week, the regime was holding a massive “Death to Israel-Death to US” protest in Iran. 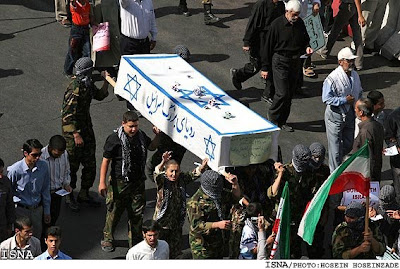 Iranian protesters carry an Israeli coffin at a Tehran protest this week. (ISNA) 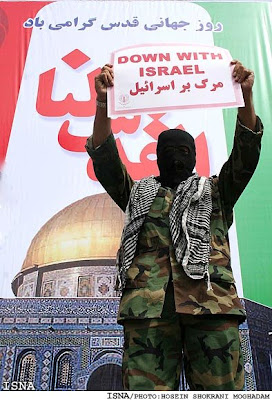 A regime protester carries a “Down with Israel” sign this week in Iran. (ISNA) 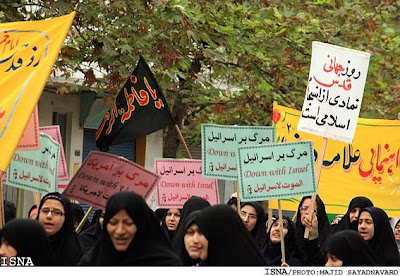 Women were allowed to protest against Israel at the regime rally. (ISNA) 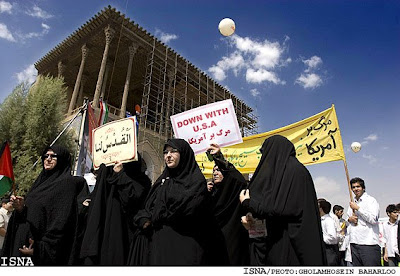 Of course, there were also several “Down with USA” signs at the rally, too. (ISNA)

In the English Version, it says Down with America but the Persian writing reads “Death to America”.