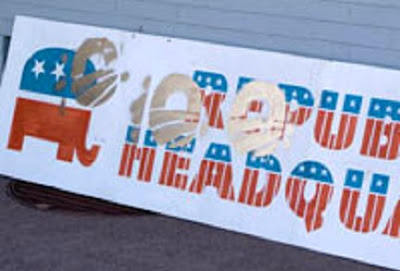 Workers at the Republican headquarters in downtown Muncie found pro-Obama emblems and anti-McCain writing on their building including the F-you sign!

Chairwoman for the headquarters, Kaye Whitehead, said a police report had been filed. Officials from the Muncie Police Department did not have information about the police report as of the close of Wednesday’s business day. 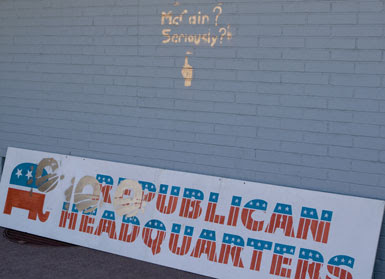