Your Mainstream Media at Work—

SICK!! The Obama-supporting mainstream media has already discovered and reported information on Bristol Palin’s boyfriend. The liberal media has reported the contents of his MySpace page and published all of this teenager’s personal information. 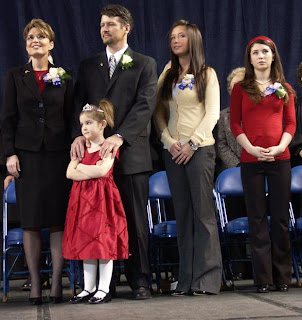 They trashed the the teen for saying, “I do not want kids,” which was likely posted before he discovered his girlfriend was pregnant. The media informed its readers that he calls himself a “f-ing redneck.”
Shocking!

This is the boyfriend of a high school girl and minor in Alaska!
That is just sick.

UPDATE: The McCain Camp is outraged over the Palin smears by the New York Times.