It was another day of young Leftists, anarchists, Obama supporters, and hooligans attacking the delegates and police and getting gassed in the face in return.
First– Here is a quick video of the protesters getting teargassed and wondering why?

These photos were from yesterday’s attacks: 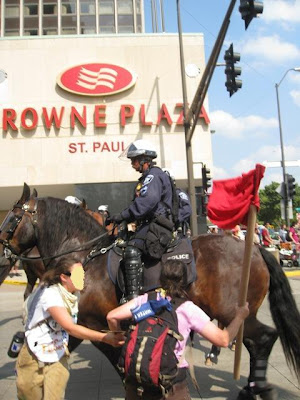 The young hooligans attack the policemen on horseback.
(Indymedia) 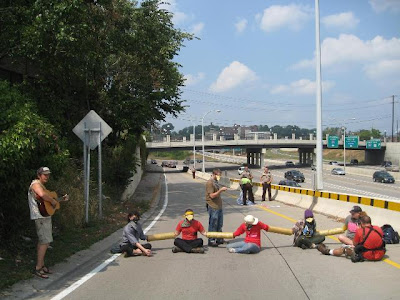 These protesters were lucky that a semi didn’t happen to roll over their cardboard arm bars. The guitar was a nice touch, huh? At least, he had enough sense to stand off the road.
(Indymedia) 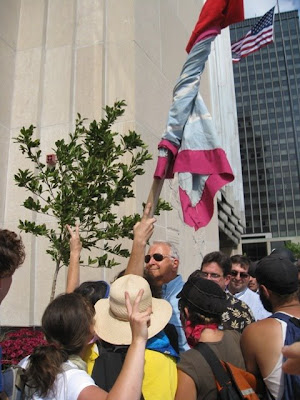 Protesting thugs attack Republican delegates on their way into the convention!
(Indymedia) 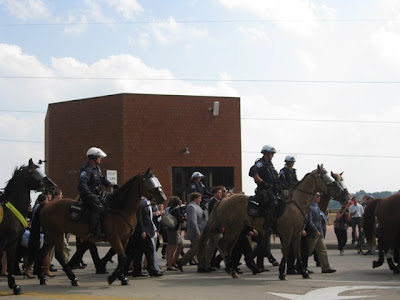 These delegates were escorted into the convention by the police. (Indymedia)