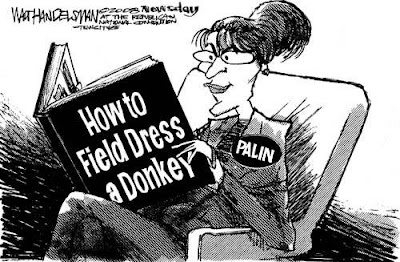 Panic is setting in– The Obama Camp and Democrats are in disarray and they know it.

Party leaders are afraid that Obama’s true standing is four to six points lower than the polls because of hidden racism from (democratic) voters.

Obama is slipping in Florida, Virginia, Pennsylvania, Ohio, Wisconsin– where McCain and Obama are now neck and neck, and in Oklahoma where McCain leads Obama by a 2 to 1 ratio–
They must be racists.

To top it off… Democratic operatives are enraged that the “most arrogant bunch” they ever saw are “on the verge of blowing the greatest gimme in the history of American politics.”

UPDATE: The Coalition of the Swilling noticed how MSNBC is doing its best to help out the Obama camp today.

UPDATE 2: McCain-Palin pull even in Minnesota.