(Accused) Governor Sarah Palin email hacker David Kernell and his three roommates will appear before a grand jury in Chattanooga, Tennessee today. The jury will decide on whether or not to charge Kernell for “hacking” (phishing) into the Republican Vice Presidential Candidate Sarah Palin’s Yahoo account.
Kernell faces up to 2 years in prison. 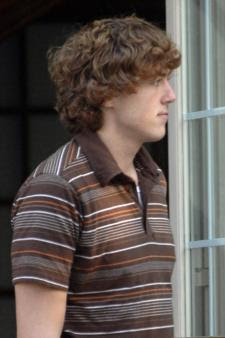 University of Tennessee student David Kernell, son of Tenn. State Rep. Mike Kernell. The FBI searched the residence of the son of a Democratic state lawmaker in Tennessee over the weekend looking for evidence linking the young man to the hacking of Republican vice presidential candidate Sarah Palin’s personal e-mail account. (WELT)

David is the son of liberal Tennessee Democratic Representative Mike Kernell.
The AP assured its readers yesterday that there was no connection between Papa Democrat and Baby Obamacrat and the decision to hack the popular governor’s email account… This is the same news organization that still reports that Governor Palin was conducting official business on her personal account despite zero evidence of this.

However, Kernell describes himself as an Obamacrat on his facebook account (that was taken down last week).

David also mentions that he is a member of the UT for Barack Obama organization in his facebook account: 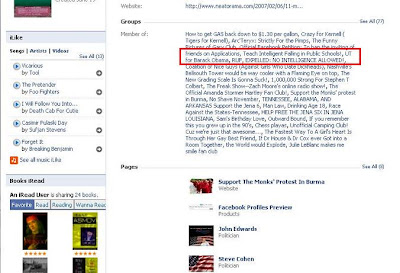 Click to Enlarge
Maybe they never met… Who knows?

Right now we are 99% certain who the hacker was.
We also know the roommates ran away when they saw the federal agents coming to their apartment.
As far as who else might be involved?
We don’t know that yet.

UPDATE: The Chattanooga Times Free Press reported that there was no indictment today:

A federal grand jury in Chattanooga ended its session around lunch time today without indicting a University of Tennessee student who authorities believe may have hacked into vice presidential candidate Sarah Palin’s personal e-mail account.

Three students arrived at the federal courthouse on Georgia Avenue at about 8:45 a.m. today to provide testimony about UT student David Kernell’s activities. The students did not provide their names and did not answer questions about the case. An attorney with them declined to comment as well.

The students were allowed to leave the court house secretively through the back door, where members of the public generally are not allowed.