Maybe it has something to do with his attending an anti-Semitic church for 20 years?
Maybe it’s because his church of 20 years idolized Louis Farrakhan?
Or, maybe its because of his Jew-hating friends or his secret meetings with shady imams?

Whatever the reason, Barack Obama is losing much of the Jewish vote and his numbers are going down not up. 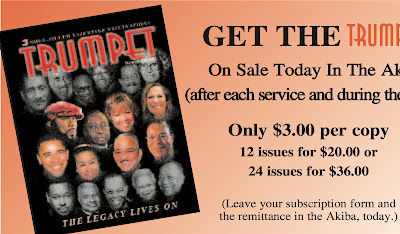 Barack Obama shared the cover of his church magazine with known radicals and Jew-haters- Jeremiah Wright and Louis Farrakhan.
His numbers “pale” in comparison to those received by Bill Clinton, Al Gore and John Kerry…
And, they’re going down.
Haaretz reported:

Though the percentage of Jews in the U.S. is merely 2 percent, 4 percent of the votes in the presidential elections are generally cast by American Jews. In certain states, such as Florida, the Jewish vote is considered crucial.

In addition, more than 40 percent of American Jews contribute to presidential campaigns, comprising one fifth of all campaign contributions.

According to the survey, 56 percent of American Jews define themselves as Democrats, 17 percent as Republicans and 25 percent as Independent.

While Obama leads McCain by 27 percentage points in the survey, his numbers pale in comparison to those received by Bill Clinton, Al Gore and John Kerry. Some claim that fraudulent rumors and e-mails suggesting Obama is Muslim have affected his standing. However, Republicans prefer the theory that since the September 11, 2001 attacks, American Jews have begun to rethink which policies are safer for them and for Israel.

Actually, when you think about it, he’s doing quite well considering who he is.