In its latest attempt to appeal to religious values voters the Obama camp will release…
Buttons & Bumper Stickers! 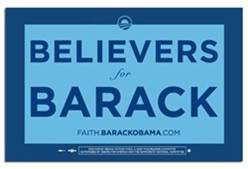 Those gun-toting God nuts are a bunch of dumb morons anyway.
They’ll surely fall for this latest ploy.

Here’s the email the the Obama Camp is sending to its faithful:

Dear friends,
Great news! We now have faith merchandise available for you to show your support for Barack Obama as a person of faith.

Check out the Believers for Barack, Pro-Family Pro-Obama, and Catholics for Obama buttons, bumper stickers and signs….

Believers for Barack rally signs and bumper stickers, along with all Pro-Family Pro-Obama merchandise, are appropriate for people of all faith backgrounds. We’ll soon be rolling out merchandise for other religious groups and denominations, but I wanted to get this out to you without delay.

This button didn’t make the cut: 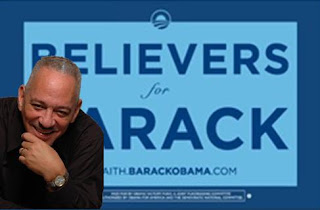 Either did this one:

And… They were thinking of releasing Rev. Wright CD’s too, but decided against it at the last minute.