Predictable— Rage Against the Machine played at the Target Center tonight in Minneapolis in front of a crowd of thousands for RNC Convention week.

After the concert packs of hundreds of young hoodlums took to the streets to create havoc.

Click on this photo for video of the riots last night in Minneapolis: 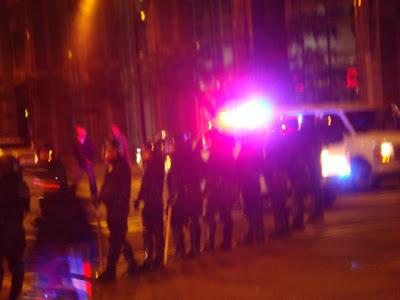 Dozens of arrests were made: 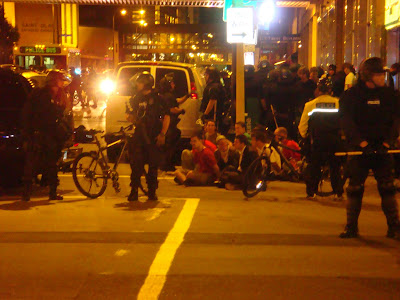 The police rounded up dozens of hooligans before they tore up the neighborhood. 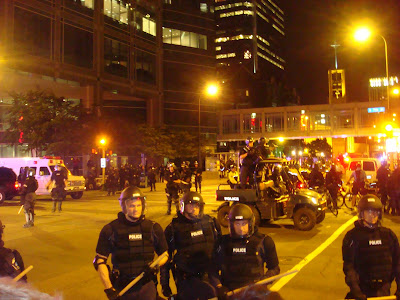 Hundreds of police officers were on the scene.