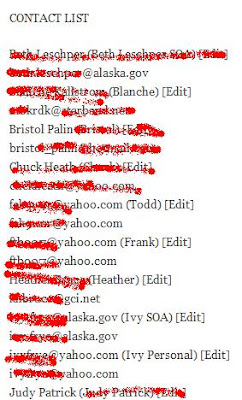 Michelle Malkin reported on this crime:

Sometime early this morning, between approximately 3:00am – 4:00am, members of an infamous group of hackers broke into Gov. Sarah Palin’s private Yahoo e-mail account. The incriminating discussion threads included screenshots of Palin’s e-mail and private e-mail addresses of her contacts. The threads have since been deleted.

The Gawker smear machine — see here for all the background you need — has posted private family photos of Palin’s children that were apparently stolen from the e-mail account.

They have used Bristol Palin’s illegally obtained private cell phone number from her mom’s private account, recorded her voicemail message, and posted it on their website.

You think this is just a harmless prank? Those of you who have had to deal with break-ins and identity theft know exactly what a burdensome process it is to recover from crimes like this.

Wired News has this:

Another screenshot shows Palin’s inbox and a third shows the text of an e-mail from Amy McCorkell, whom Palin appointed to the Governor’s Advisory Board on Alcoholism and Drug Abuse in 2007.

The e-mail, a message of support to Palin, tells her not to let negative press get to her and asks Palin to pray for McCorkell, who writes that “I need strength to 1. keep employment, 2. not have to choose.”

The images below were posted to a Photobucket account owned by a user named “anoncrack.”

The McCain camp responded to this latest attack on Sarah Palin and her family, via HotAir:

“This is a shocking invasion of the Governor’s privacy and a violation of law. The matter has been turned over to the appropriate authorities and we hope that anyone in possession of these emails will destroy them. We will have no further comment.”

Macsmind is reporting the Department of Justice will investigate the crime.

The liberal blog Gawker reposted the private information!
Gawker also posted all of the email addresses of Sarah Palin’s family and friends…
And, they called her children on the phone numbers they stole!

Bill O’Reilly was outraged!
He’s contacting the FBI and Attorney General:
–Click on the Image for the Video– 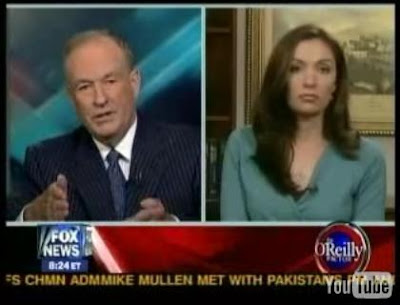 Still More… Michelle Malkin also has the details behind this story.
It is a must read.
This was written by the hacker at the website that originally posted the information:

I read though the emails… ALL OF THEM… before I posted, and what I concluded was anticlimactic, there was nothing there, nothing incriminating, nothing that would derail her campaign as I had hoped, all I saw was personal stuff, some clerical stuff from when she was governor… And pictures of her family.

The source said “[email protected]” was the hacker(?)