IT'S ON!… War Hero Will Debate Chicago Politician Tonight!

COUNTRY FIRST.
America saw the difference this week between a man who puts his country first and a typical Chicago politician.
While John McCain was working for the nation, Barack Obama was working for himself.
We’re starting to see a pattern here. 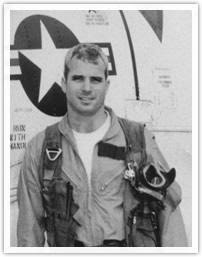 Republican John McCain agreed to attend the first presidential debate Friday night even though Congress doesn’t have a bailout deal, reversing an earlier decision to delay the event until Washington had taken action to address the crisis.

With less than 10 hours until the debate was scheduled to start, the McCain campaign announced that the Arizona senator would travel to the University of Mississippi. The campaign said that afterward McCain would return to Washington to continue working on the financial crisis.

The McCain-Palin Camp released a statement this morning:

…The difference between Barack Obama and John McCain was apparent during the White House meeting yesterday where Barack Obama’s priority was political posturing in his opening monologue defending the package as it stands. John McCain listened to all sides so he could help focus the debate on finding a bipartisan resolution that is in the interest of taxpayers and homeowners. The Democratic interests stood together in opposition to an agreement that would accommodate additional taxpayer protections.

Senator McCain has spent the morning talking to members of the Administration, members of the Senate, and members of the House. He is optimistic that there has been significant progress toward a bipartisan agreement now that there is a framework for all parties to be represented in negotiations, including Representative Blunt as a designated negotiator for House Republicans. The McCain campaign is resuming all activities and the Senator will travel to the debate this afternoon. Following the debate, he will return to Washington to ensure that all voices and interests are represented in the final agreement, especially those of taxpayers and homeowners.

Let’s hope he lets the “Cut and Runner” have it tonight at the debate on foreign policy!

Jules Crittenden has a roundup of reaction to the news.