It’s really sad when you think about it…
The American Left treat the terror prisoners at Gitmo better than the second female VP candidate in US history. 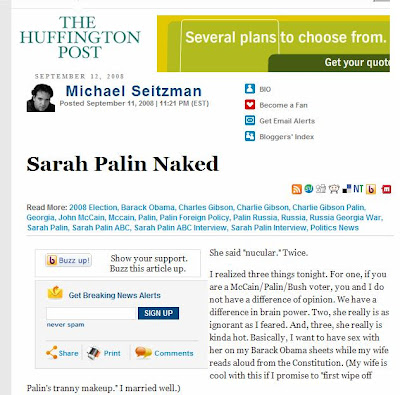 Michael Seitzman at the Huffington Post explains his wants from Governor Palin:

I want to have sex with her on my Barack Obama sheets while my wife reads aloud from the Constitution. (My wife is cool with this if I promise to “first wipe off Palin’s tranny makeup.” I married well.)

If this Election-Really-Matters Michael, then why are you trying to win votes by trashing women?
Just wondering.