Actor Matt Damon attacked Governor Sarah Palin in an interview he held this week. The liberal actor and Obama supporter was outraged with McCain’s pick saying it was “like a really bad Disney movie.”
The AP has the video:

Actor Matt Damon speaks out on the Republicans’ choice of hockey-mom Sarah Palin for VP. Damon compares her rise to a ‘really bad Disney movie’ and says it’s crazy that this woman could become President.

So, it’s crazy that a woman governor could become president?
That doesn’t sound quite right. 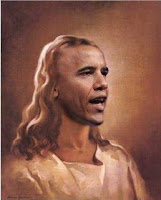