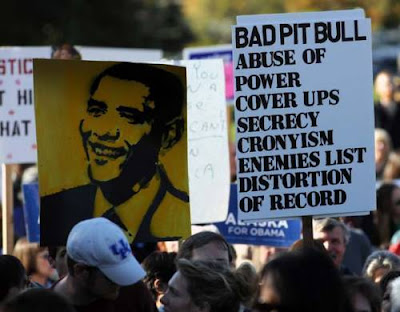 The protest turned into a massive pro-Obama sing-along! (ADN)

Gee, ya think this Troopergate non-scandal has anything to do with Barack Obama Chicago-style politics? 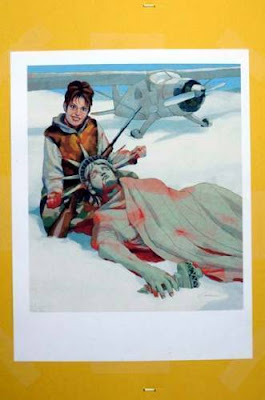 Although Governor Palin enjoys a 70-80% approval rating, there are still nuts in Alaska, too. (ADN)

The communist McClatchy newspaper Anchorage Daily News was a little too honest in their report on the so-called “Troopergate protest” this weekend:

A protest slamming Gov. Sarah Palin’s handling of the state’s so-called Troopergate investigation — and calling for the attorney general to lose his job — drew more than 1,000 people to the Delaney Park Strip in Anchorage on Saturday.

Protesters chanted “recall Palin!” as organizers told the crowd to push state legislators to keep after their investigation into the governor’s firing of her top cop.

An investigator hired by the lawmakers is scheduled to present his report on Oct. 10.

The McCain-Palin campaign dismissed the rally as nothing more than a partisan strike from Barack Obama loyalists.

…Between speeches, Anchorage singer-songwriter Libby Roderick led the crowd in a chorus of “We’re gonna keep on moving forward” and “Stand tall for Obama.” Obama volunteers signed up supporters under a nearby tent.

“Clearly this was an Obama rally and nothing else,” Palin campaign spokeswoman Meghan Stapleton said in an e-mailed statement. “The rally proves the point of partisanship which the Governor has been trying to remove from the investigation in an effort to get a fair and just result.” 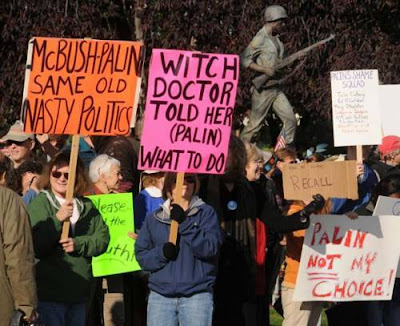 Participants at the Hold Palin Accountable Rally along I Street Saturday September 27, 2008 on the Delaney Park Strip. (ADN)

As you can tell, this wasn’t about holding Palin accountable.
It was about helping Barack Obama.
Busted.