Guess who’s behind the Palin smears? 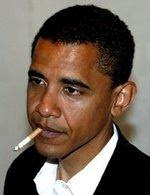 The Obama Campaign is now admitting to being behind the inaccurate Sarah Palin smears.
Are you really surprised?
The AP reported:

The McCain campaign released voter registration documents Tuesday dating to 1990 in which Palin lists herself as a Republican. Campaign spokesman Brian Rogers said Palin has been a registered Republican since 1982, and has never been a member of the Alaskan Independence Party.

Palin addressed the Independence Party’s state convention by video earlier this year, welcoming the party to Fairbanks. She gave no indication of a current or past connection to the party.

“Your party plays an important role in our state’s politics,” she said in the video, which is posted on the party’s Web site. “I’ve always said that competition is so good, and that applies to political parties as well.”

Lynette Clark, the chairman of the AIP, told ABC News that Palin and her husband, Todd, belonged to the party in 1994. Mark Chryson, chairman of the Independence Party from 1995 to 2002, told the network that Palin attended the party’s convention in 1994. He said he was not certain if she was a party member, and party records do not date back that far.

Obama advisers and surrogates have also linked Palin to conservative former presidential candidate Pat Buchanan. An Associated Press story from Alaska, dated July 17, 1999, states that Palin, then the mayor of the small town of Wasilla, was wearing a Buchanan button during a Buchanan visit to Alaska.

The Miami Herald this week quoted an e-mail from Obama Florida spokesman Mark Bubriski that stated: “Palin was a supporter of Pat Buchanan, a right-winger or as many Jews call him: a Nazi sympathizer.”

It looks like the Obama Camp released its inaccurate smears to the liberal mouthpiece The New York Times for their hit piece on Palin.

American Digest has more on the tsunami of mud dredged up and thrown in the direction of Sarah Palin and her daughter this past week.
Hat Tip Larwyn

HOW TO SUPPORT GOVERNOR PALIN–
You can send Governor Palin a letter of support at:

Also… HERE is the link to donate to the McCain-Palin Campain.
Hat Tip Eric