It figures…
ABC News edited out key points from the Palin interview. 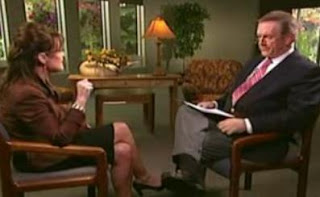 ABC’s Charlie Gibson smirks while Governor Sarah Palin answers one of his questions about her religious beliefs.

Mark Levin posted the entire ABC interview with Governor Sarah Palin including critical pieces that were cut from the interview- sometimes mid-sentence.
Here’s the unedited version where Sarah Palin discussed her Russian neighbors where she does not come across as the warmonger they portrayed her as:

GIBSON: Let’s start, because we are near Russia, let’s start with Russia and Georgia.

The administration has said we’ve got to maintain the territorial integrity of Georgia. Do you believe the United States should try to restore Georgian sovereignty over South Ossetia and Abkhazia?

PALIN: First off, we’re going to continue good relations with Saakashvili there. I was able to speak with him the other day and giving him my commitment, as John McCain’s running mate, that we will be committed to Georgia. And we’ve got to keep an eye on Russia. For Russia to have exerted such pressure in terms of invading a smaller democratic country, unprovoked, is unacceptable and we have to keep…

PALIN: I do believe unprovoked and we have got to keep our eyes on Russia, under the leadership there. I think it was unfortunate. That manifestation that we saw with that invasion of Georgia shows us some steps backwards that Russia has recently taken away from the race toward a more democratic nation with democratic ideals. That’s why we have to keep an eye on Russia.

GIBSON: What insight into Russian actions, particularly in the last couple of weeks, does the proximity of the state give you?

PALIN: They’re our next door neighbors and you can actually see Russia from land here in Alaska, from an island in Alaska.

GIBSON: What insight does that give you into what they’re doing in Georgia?

PALIN: Well, I’m giving you that perspective of how small our world is and how important it is that we work with our allies to keep good relation with all of these countries, especially Russia. We will not repeat a Cold War. We must have good relationship with our allies, pressuring, also, helping us to remind Russia that it’s in their benefit, also, a mutually beneficial relationship for us all to be getting along.

We cannot repeat the Cold War. We are thankful that, under Reagan, we won the Cold War, without a shot fired, also. We’ve learned lessons from that in our relationship with Russia, previously the Soviet Union.

We will not repeat a Cold War. We must have good relationship with our allies, pressuring, also, helping us to remind Russia that it’s in their benefit, also, a mutually beneficial relationship for us all to be getting along.

GIBSON: Would you favor putting Georgia and Ukraine in NATO? 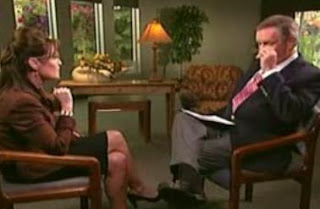 NewsBusters adds that the entire transcript makes it obvious that crucial portions of the interview that showed Palin as knowledgeable or presented her answers out of context. 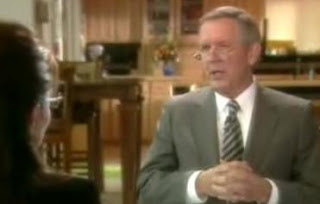 Glenn Reynolds offered this advice to the (Republican) candidates–
Bring your own camera.