FBI officials in Alaska confirmed they are in contact with their Memphis office regarding the Palin hacker attack. 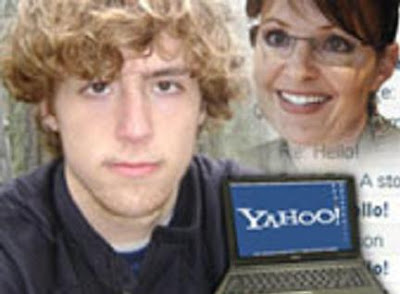 David Kernell, 20, David Kernell is a student at the University of Tennessee-Knoxville. (News5 photo)

Tennessee Democratic State Representative Mike Kernell’s son- David Kernell -is the target of an investigation of the internet crime against Governor Palin and her family. 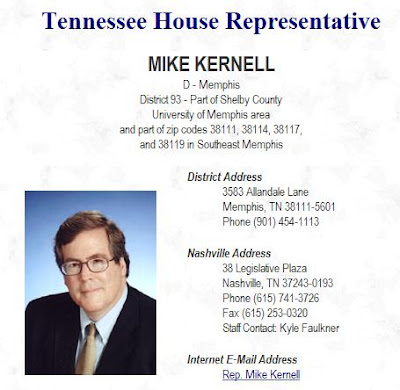 The Democrat already is playing victim– saying he has received hateful phone calls… Of course, he offers no proof of this and it is unlikely.

Here is video from News Channel WREG-TV in Memphis on the investigation:

Did the son of a state lawmaker from Memphis hack into the e-mail account of Vice-Presidential candidate Sarah Palin?

But Democratic State Representative Mike Kernell tells News Channel 3 his 20-year-old son has not been questioned by the FBI. He says he’s absolutely amazed at how quickly this story has spread on the internet.

Right now there’s a lot of speculation out there.

But News Channel 3 has confirmed the Anchorage division of the FBI has contacted the Memphis division and an investigation is underway.

The computer breach was the topic of heated discussion on internet sites all day. Several bloggers named David Kernell as the hacker who broke into Sarah Palin’s e-mail account.

Kernell wouldn’t comment on whether or not there’s any truth to what the bloggers are saying, but says he has talked to his son about the rumors.

Michelle Malkin
Skirts, Not Pantsuits
The Jawa Report
Ace of Spades— The Hacker Got Palin’s Yahoo Account from the Democrats’ Release of Her Personal Information — With an Assist from the Washington Post!

Meanwhile… The Associated Press, who said Palin deserved it, also started a FALSE RUMOR that Governor Palin was using her personal account for official state business. This is not true. This is an inaccurate statement by the Associated Press.

** MORE…. There is a connection between David Kernell and David Plouffe— Barack Obama’s Campaign Manager!
From a commenter at Terry Frank (who has screengrabs of David Kernell’s Facebook page):

There is an apparent connection between David Kernell and David Plouffe. If you do a Technorati search for “david kernell” (http://www.technorati.com/search/%22david+kernell%22?authority=a4&language=en) and then click on Videos about David Kernell, the first video you see if of David Plouffe (Campaign manager for Obaman). He probably did the video for Plouffe.

This is not a casual connection.

The son of a democratic state representative has claimed responsibility for hacking into an email account belonging to Republican vice-presidential candidate Sarah Palin.

Yesterday it emerged that Palin’s personal email account with Yahoo had been hacked, and that several screenshots of messages had been released online along with details from her contact book and photographs of her family.

Since then a 20 year old university student named David Kernell, the son of a house representative from Tennessee, has claimed responsibility.

A message was posted by Kernell on the 4chan forum claiming that he was behind the attack, which he says involved little more than online research to find the necessary information to request a password reset.

“It took seriously 45 mins on Wikipedia and Google to find the info, birthday? 15 seconds on Wikipedia, zip code? Well she had always been from Wasilla, and it only has 2 zip codes,” says the message, posted under the alias Rubico.

Kernell claims in the message that the motivation for the attack was to see if rumours that Palin had used her personal email account for business, which is not allowed under US law, were true. He claims that after reading every email in the account that this was not the case.

OK– Unless David Kernell posted something new with his name or email this may refer to a previous report.