In the latest smear to discredit Governor Palin, the liberal media claims that the popular governor did not sell the governor’s jet on Ebay.
But the truth is she did put the plane up on Ebay.
Here’s the ad: 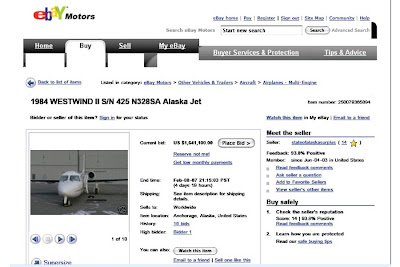 Governor Palin said in her acceptance speech this week at the RNC Convention:

“That luxury jet was over the top. I put it on eBay.”

Of course, this is absolutely 100% accurate.

But, the liberal-media wants you to believe that Governor Sarah Palin was not honest.
They still are trying desperately to destroy her integrity.
Sadly, once again, this is just the latest case of the Obama-supporting media trying to smear Sarah Palin.

The New York Times reported on the sale last year: 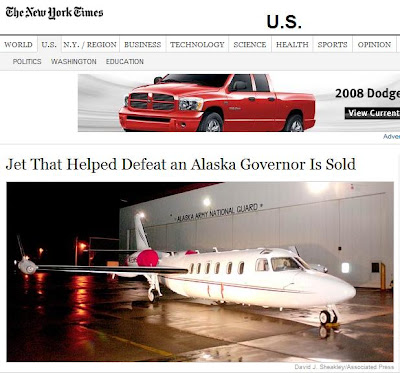 Back in August 2007 The New York Times reported on the governor’s promise to sell the state-owned Westwind II jet that was purchased with state funds by the previous governor.