Founding Bloggers correspondents Andrew Marcus and Mike Kadela called in from the Minnesota State Capital Building on the chaotic protest that is developing. 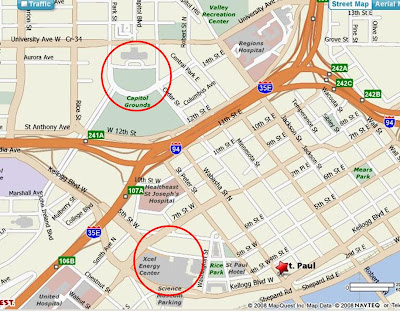 Officials in St. Paul encouraged state workers to leave early today.
There are reports that the police are arresting random protesters and concerns that there may be a huge crackdown at 5:00 PM.

The protesters are very agitated.