LIVE FROM THE RNC CONVENTION…
John McCain made his case tonight. 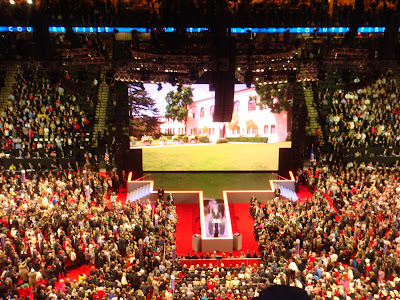 But, actually he made a pretty good statement last night when the country was introduced to the dynamic VP candidate, Sarah Palin. 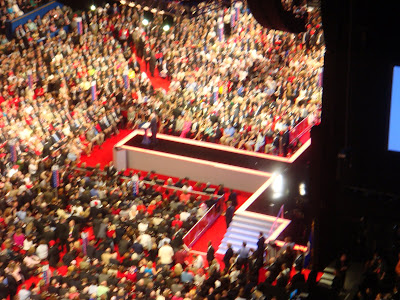 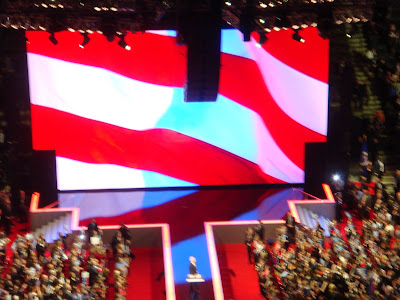 Here is the Sarah Palin Video that they played tonight at the convention.

As Michelle Malkin noted– It was a little hard to get up for the speakers tonight after the magnificent lineup last night.

And, of course, the constant interruptions from the Leftist protesters got annoying. They certainly did not wany John McCain to get his message out.
But, he did and was as solid as ever.

In response the successful convention it looks like Obama will hide behind the girls.