So is this the new look of US diplomacy? 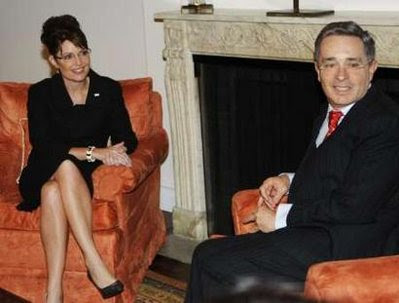 While democrats dodged President Uribe this week in Washington, Palin was eager to meet the great Colombian leader.

Investor’s Business Daily has more on how the Democrats snubbed pro-America Uribe in Washington this past week.

Here is video of the future VP meeting with world leaders in New York:

One thing’s for certain… Palin was smoking hot in NYC yesterday!