Michael Phelps roared to his 4th gold medal of the Beijing Olympic games today. It was his 10th lifetime gold medal– a record for any Olympic athlete in history. 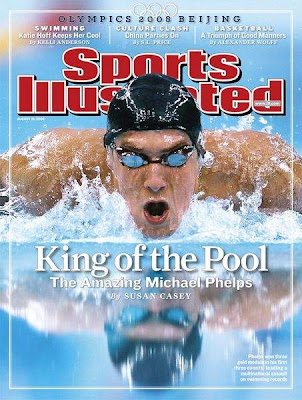 Phelps won the 200 meter men’s butterfly today. He touched in 1 minute, 52.03 seconds, breaking his old mark of 1:52.09 set at last year’s world championships in Australia. The American swimmer broke a tie with Mark Spitz, Carl Lewis and two others for most golds. He is 4-for-4 so far, setting world records in each of his events –Freep.

UPDATE: The New York Post today has more on the record setting American.