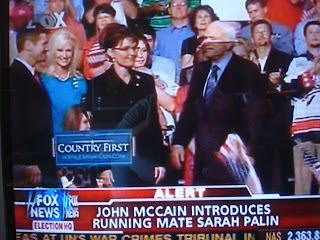 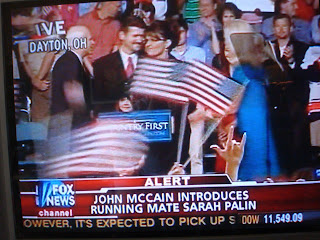 Palin has an 80% approval rating in Alaska.
–That’s an amazing number for any politician.
She hunts and fishes.

It looks like Barack Obama has some competition.
…From an Alaska hockey mom.

Governor Palin: “I told Congress “thanks but not thanks” to that Bridge to Nowhere!”
That ought to get the Insta-vote!

Palin has an 80% approval rating in Alaska!
She has more leadership experience than Democratic Candidate Barack Obama.
Palin congratulated Geraldine Ferraro and Hillary Clinton for leading the way and said that now is the time to break through that “glass ceiling.”

Few have been more critical of Sen. McCain than I, both here and on my radio show. And I have long said on my radio show that his selection of a running-mate will be key in determining my enthusiasm for his candidacy. If McCain has, in fact, chosen Gov. Palin, then count me in with both feet. It would be a terrific choice.

Palin is by all accounts a principled conservative and government reformer who can contribute mightily to the decision-making that occurs in the White House. She has more executive experience in her two years as governor than Obama, Biden, and McCain combined. She is a mother of five in what appears to be a loving and functioning family. And she is someone Republicans, conservatives, and others can rally behind in the future.

From a purely tactical aspect, Palin would knock the legs out from under Obama’s monopoly hold on “change.” And attacks on her “inexperience” will only highlight one of Obama’s greatest vulnerabilities — and he’s at the top of the Democrat ticket. And because Hillary Clinton spent months telling women voters that they are being dissed by Obama, some percentage of women who normally would not vote for McCain will take a second look if Palin’s on the ticket. There is no question that a Palin selection would cause the Obama camp headaches.

I suspect there are many voters feeling that same way.
Can you imagine the buzz next week over Palin?

Michelle Malkin has the poll– Are you pumped?

The Anchoress is Very Excited.

It took the AP two paragraphs to attack her:

She has more experience catching fish than dealing with foreign policy or national affairs.

That was expected.
It’s too bad she wasn’t a community organizer.