UPDATE: Here’s video from the rioting tonight in downtown Denver.
Leftist activists with the National Lawyers Guild were tracking how many arrests were made by the local fascist police state officials.
Here’s an interview at the scene of the crime(s): 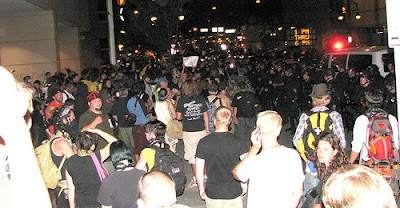 At least 16 anarchists and young Leftists were arrested tonight near the Sheraton Hotel in downtown Denver. 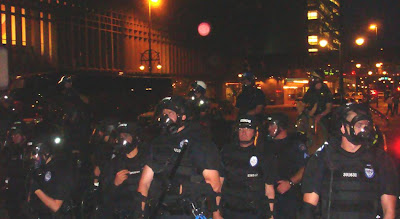 The Denver riot police blocked off several blocks in downtown Denver around the hotel. The police were wearing their gas masks during the standoff that went on for hours. 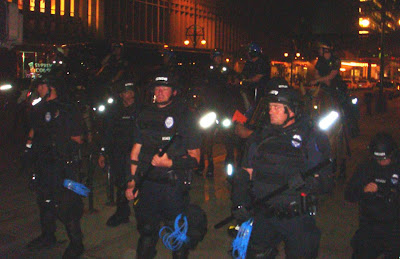 Zombie Times was down at the riots.

The Denver Post has a live cam on the protesters here.

Hundreds of police officers were called to the scene.

UPDATE 2: Zombie Time has several more photos from the rioting on Monday night.