The liberal group Americans United for Change is spending $8.5 million this year in a drive to make sure President Bush’s public approval doesn’t improve during his final days in office.

After sending their Bush-bashing bus around the country this past year the Soros-funded organization parked their gas guzzling bus at the DNC Convention this week. 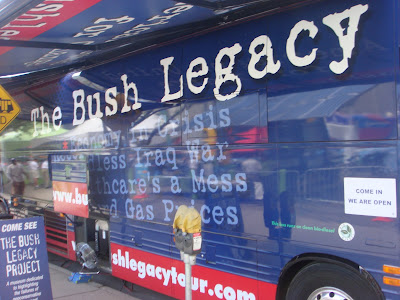 Inside the bus they have different displays, photos and bogus accusations about the lost war in Iraq.

Outrageous!
Surprisingly, the bus did not show any bomb attacks by Al-Qaeda in Iraq.

Here is a look at the bus outside the DNC Convention today: 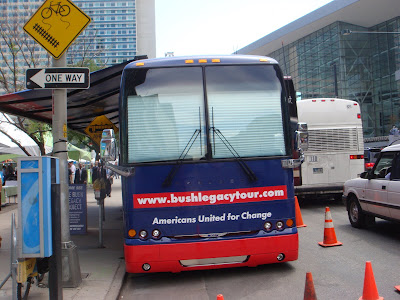 Sadly this is not so shocking from today’s Left.
Sick.