Defeatist Barack Obama voted against the very successful Bush surge and still will not admit that it was a great success.
…That’s why he wants a surge in Afghanistan. 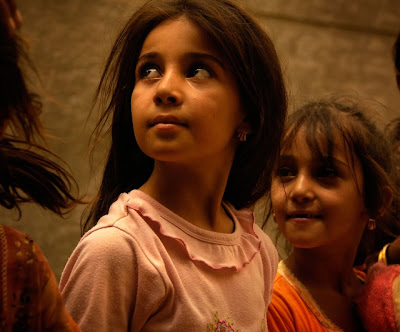 John McCain told veterans today that Barack Obama stubbornly refuses to agree that the troop surge in Iraq has worked and took legislative steps to divert funding for the effort in order to prevent progress in the Iraq war.

Speaking at the Disabled American Veterans conference in Las Vegas, McCain said Obama “tried to legislate failure,” adding that “I would rather lose an election than lose a war.”

“Thanks to the courage and sacrifice of our soldiers, sailors, airmen, and Marines and to brave Iraqi fighters the surge has succeeded,” said McCain.

“And yet Senator Obama still can’t quite bring himself to admit his own failure in judgment. Instead, he commits the greater error of insisting that even in hindsight, he would oppose the surge.”

Also… Iraq’s oldest public pool, the Mesbah Pool in the Karadah district of southeast Baghdad, that opened in 1927, was reopened this week.