Obama in a bottle… 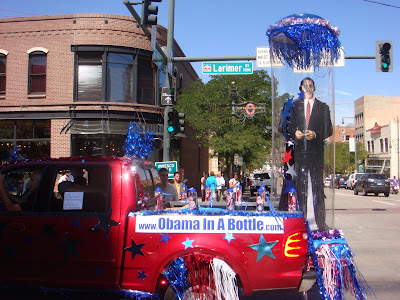 Within the Democratic Party, Obama’s losses are primarily evident among the relatively small group that describes its political views as conservative. The 63% of conservative Democrats supporting Obama over McCain in Aug. 18-24 polling is the lowest Obama has earned since he clinched the Democratic nomination in June. At the same time, there have been no similar drops in support for Obama in the preferences of liberal or moderate Democrats.

As a result of this, support for Obama among all Democratic registered voters fell from 81% in early August (Aug. 4-10) to 78% last week (Aug. 18-24). Obama’s support from Republicans over this period also dipped from 9% to 7%, while 42% to 43% of independents have consistently supported him.